I’ve been into this online survey business for a few years now and it isn’t already super clear I’m a big fan of online surveys. Not only is my time paying off but the number of survey offers and what they pay are on the up.

The number of sites is increasing meaning that there are more opportunities all the time to to earn a bit of extra cash from online surveys. It’s important, though, to bear in mind that success is about pursing the right goal.

Success – over the long term – depends on how regular you are in taking the surveys, how consistent your answers are and how many sites you’re taking surveys on.

Paid survey sites as an industry can sometimes have a bad reputation: they’re sus, don’t pay what they claim and even are scams.

Not all sites are scammers. The sites I use and recommend are NOT dodgy.

There are scams – no doubt about it – and it is valuable to be aware of them so that you can avoid them.

Surveys don’t always come through regularly and some sites can take a while to come through with the points. I’ve not have an issue from all the sites I’ve used, though.

A big problem for so many people is their unwillingness to be be patient. The very nature of the internet is speedy as we demand everything with a click, but don’t be fooled into thinking earning money should be the same.

As big a problem as avoiding scams are not being patient is a bigger one for most people. The money doesn’t come straight away and it starts out small but it does come over time.

Read on to become a better online survey taker.

I said it before but it bears repeating: it takes patience to make reasonable money from online surveys. It’s annoying to be told that online survey sites are a scam just because some muppet got in a tizzy that they didn’t get their money instantly.

Proper survey sites NEVER (ever) represent themselves as a way to get rich quick.


Typically they’re upfront about it too. Their FAQ will usually have a question and answer letting all but the thickest of people know it’s not the road to instant wealth.

You need to be patient. Once you’ve shown you can fill in a survey and are willing to do a few you will get more offers for them.

Take them seriously and be honest

Don’t just tick answers randomly or take the piss. For example don’t claim in one survey you’re a bachelor and in another claim you’re settled down with two kids and a dog. Or worse – give contradicting answers in the same survey.

There’s measures in places to identify people having a laugh and not taking it seriously or just picking things at random.  Surveys typically ask subtle variations of the same question. Inconsistency is not a good look.

Remember you’re being paid for your time and opinions so it’s worth taking it seriously and not treating it like a joke.

One of the biggest reasons I feel I get a lot of offers for surveys is because I do exactly that and be honest.

Think about what rewards you’ll accept

I’m big on being paid cash and it is tempting to knock back anything that offers something else. Pounds in my pocket is more useful than anything else.

However, you don’t get to decide the rewards of every survey and some will offer other things – like gift cards. Some of these offers are good value when you stop to weigh them up. Some vouchers might not be of any use to you but others will be.

There’s one site that offered me gift cards at a 50% knock down – doubling the value of my points and turning out to be a great return on my time.

If I wasn’t prepared to consider the offer than I’d have missed out on  good deal.

Treat it as a job – not just a hobby

I have said elsewhere on this site that you can fit in surveys around the rest of your life.

That’s true and right useful but to maximise your return on your surveys then it helps to treat it seriously – a bit like a second casual job. That doesn’t mean you shouldn’t use your time on the bus but setting aside regular time (on the bus or at home) pays off in the long run.

Make sure you activate email or text notification

Surveys often have a limit of how long they are available and how many people can take them. So how do you know when there’s a survey available?

Simple, sites can let you know by an email or text message that there’s an open offer. However not all sites have this turned on by default!

When creating an account go and check the settings to see what options there are to be notified.

Don’t get down-hearted because it turns out you aren’t suitable for some reason. It can happen a lot (and does to me!). It can be maddening to miss out of a big reward for a survey but others will come along if you’re actively trying to do them. Being a good participant will help make sure the better offers come your way more often.

So now you know my top tips for doing online surveys right. 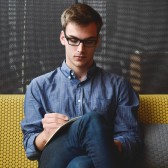 More from this Author

David is a survey fanatic who has been earning money from online surveys for over 2 years. He works a full time job and uses paid surveys as an additional income.

I’m David and welcome to Paid Surveys Fanatic – my blog dedicated to helping Brits earn reliable money online based on my experiences making a part-time income from surveys. For questions and inquiries, contact me here.